The Estonian Association of Sociologists, with the acronym ESL, is a non-governmental and non-profit organization created in 1999. 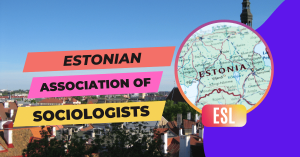 Code of Ethics of the ESL

On December 7, 2021, the ESL General Assembly ratified the Code of Ethics. General guidelines and perspectives on ethical concerns about a sociologist’s professional activity in Estonia are included in the code of ethics.

ESL has regular membership and student membership, the two categories of paid membership. Honorary membership is also included in ESL. Applicants must understand the ESL bylaws before submitting a membership application to the board to join the ESL.