Venezuelan Sociological Association began in 1950 in Venezuela and is also named Asociacion Venezolana de Sociologia (AVS) in Spanish. A group of academics interested in social knowledge and sociological study established the organization. Central University and the University of Wisconsin collaborated in the formation of AVS.

The Venezuelan Sociological Association is a group of professionals who want to endorse sociology as a discipline and figure out what society is all about. AVS wants to make it easier for people specializing in sociology to communicate with each other in their own countries and worldwide. AVS encourages the exchange and sharing of information in the field of sociology. 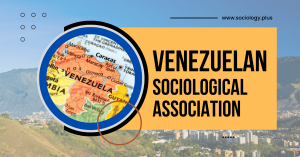 Activities of the Venezuelan Sociological Association

Open Space Venezuelan Sociology Journal is a publication run by the University of Zulia in Maracaibo, Venezuela. It started publication in 1991. The journal’s main contents are the central theme, several more minor themes, social comments, book reviews, and magazine reviews. The journal aims to publish works in the social sciences that describe social reality.

The international collaboration of AVS