The European Sociological Association made its debut in 1994 and is legally registered as a non-profit in France.

History of the European Sociological Association

European sociologists first proposed the notion of forming a continental organization in 1987. In 1994, the European Sociological Association made its officially recognized debut. Sociologists from around Europe were formally admitted into ESA at the second conference in Budapest in 1995. The ESA has been a legally recognized non-profit organization in France since 2001. The Fondation Maison des Sciences de l’Hommel’Homme (FMSH) headquarters in Paris are where the ESA office has been based since 2015. ESA is a 2800-member academic organization of sociologists.

The mission of the European Sociological Association 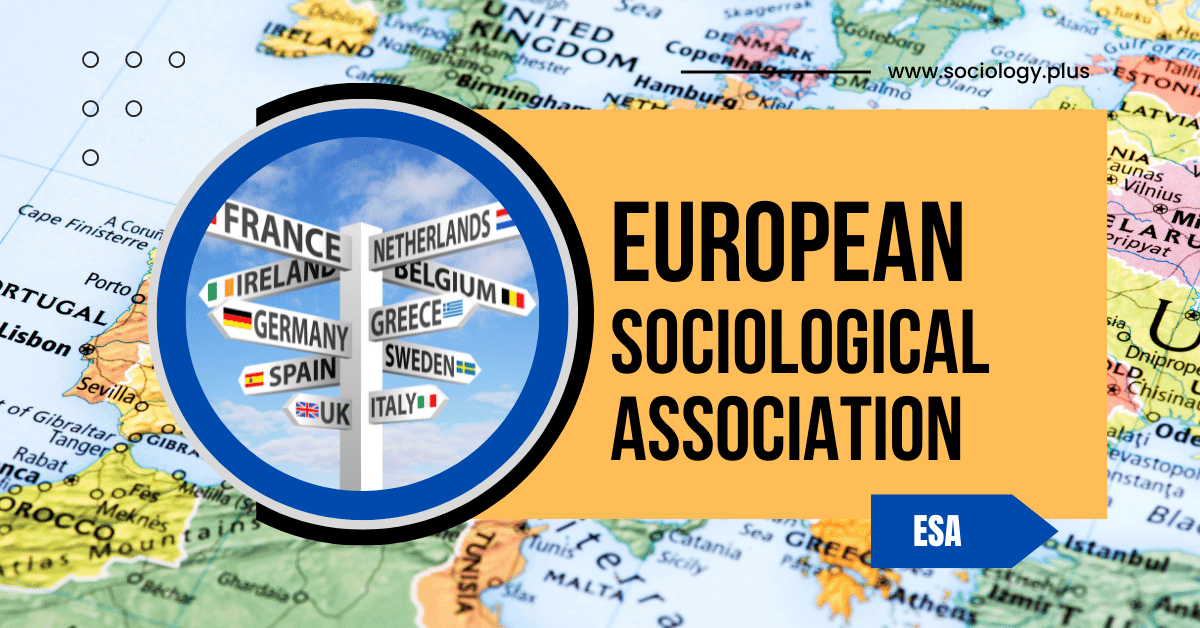 The organs of the ESA are:

The ESA has long-standing networks of members dependent on a specific area of sociological study, known as research networks (RNs). Every ESA RN undertakes its field-based scientific endeavors. As representatives both within and outside of the ESA, RNs encourage global collaboration in the sociological sciences. In addition to planning their midterm conferences, Research Networks are essential in developing the agenda for ESA conferences.

ESA has a memorandum of understanding in effect with the Indian Sociological Society and is a member of the International Sociological Association. The European Alliance for Social Sciences and Humanities, or EASSH, is another organization that ESA holds membership in.

The Council of National Associations

Members of the council

Macedonia – Association of Sociologists of the Republic of Macedonia – ZSM

The European Sociological Association welcomes new members at all levels, including individual, institutional and affiliated members.

Membership is subject to payment of membership fees, which the Executive Committee sets for each type of individual, institutional, and associated membership.

In 2021, ESA held its first ESA Best Article Award ceremony. This prize recognizes the most exemplary original research article published in European Societies or the European Journal of Cultural and Political Sociology over the preceding two years. The articles under consideration should include substantial unique research.

In 2021, the European Sociological Association handed out its first Young Scholar Award. This award recognizes a doctoral dissertation’s finest paper.

The European Journal of Cultural and Political Sociology publication aims to provide a venue for the interdisciplinary study of the interplay between culture and politics in Europe and beyond. Cultural phenomena in the light of their political setting are encouraged in this journal.

Research on every facet of European society and culture is included in European Societies. It is open to all theoretical and methodological approaches in sociology. There is an emphasis on resolving the political and social issues that primarily affect European countries.

The European Sociologist is an online journal that the ESA releases twice a year. Since 1994, it has been distributed in various forms and as an open-access e-magazine on its website starting in 2018. It is the association’s central hub for communication with the world’s sociological community.