In 1985, the Portuguese Sociological Association, also known as Associacao Portuguesa de Sociologia, which is abbreviated as APS, debuted.

History of the Portuguese Sociological Association

On 9 May 1985, the Portuguese Sociological Association, generally known as Associacao Portuguesa de Sociologia, which is abbreviated as APS, debuted. The inaugural APS membership comprised 30 people, and the first democratic elections for office holders were held in January 1986. APS is a non-profit organisation headquartered in Lisbon.

APS enhances what people know about modern Portuguese society. By working with other social science organisations, APS hopes to strengthen sociology. The APS aims to inform and spread the work of sociology departments. It supports scientific events, reports and summaries of research results and lets people know about book launches.

APS believes that a multidisciplinary approach to research and teaching is essential for the country to reach high levels of scientific performance. APS wants to help people get a good education and keep Sociology graduates’ professional skills at a top standard. In association with the Sociology Departments, APS has helped improve and strengthen Portugal’s Sociology training paths. APS works to keep up with how societies are becoming more technocratic and help the Bologna Process.

Aim of the Portuguese Sociological Association 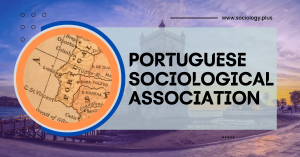 The association includes the General Assembly, Executive Board, Supervisory Board, Advisory Board, and Ethics Committee.

Sociology Online is an APS journal published online and is free to read.

APS provides many privileges for its members and offers special deals for the sociology student community of Portugal.

The APS association works with APSIOT, founded in 1984 and is also known as the Portuguese Association for the Sociology of Industry, Organization, and Work. APSIOT puts on a lot of scientific meetings and debates with unionists and politicians about different social issues. Since 1989, APSIOT has been publishing “Organization and Work” regularly. The main goal of APISOT is for sociologists, social scientists, and members from other fields to converse and collaborate.

ISA and ESA Membership of APS

APS has been striving to make Portuguese Sociology more international by working with national and international institutions. In 1986, the APS became a member of the International Sociological Association. APS has helped people participate in ISA research committees, ISA publication committees, and ISA Sociology World Congresses. APS is also a member of the European Sociological Association, and its members regularly attend meetings of ESA’s national associations.

The Congress is the most important national scientific event, having acquired the high patronage of the President of Portugal or the Assembly of the Republic as a show of public respect for the sociological work of Portuguese sociologists.