Norsk sosiologforening, known as the Norwegian Sociological Association, debuted in 1949 as a forum for sociologists in Norway.

Norsk sosiologforening, often known as the Norwegian Sociological Association, debuted in 1949 as a forum for cooperation among sociologists in Norway.

The University of Oslo’s Faculty of Law was the first to introduce sociology as a separate academic field of study in 1934, and the Department of Sociology followed in 1950.

Numerous universities established courses, particularly in sociology, between 1950 and 1980 in Bergen, Trondheim, and Troms.

Johan Vilhelm Aubert, the co-founder of the Norwegian Institute for Social Research, is the father of Norwegian sociology.

Eirik Rinde, Arne Naess, Vilhelm Aubert, and Stein Rokkan were involved in the founding of the Institute of Social Research in Oslo, which was established in 1950 and is significant for sociological research of society. Numerous research institutions with deep roots in sociology have been established since the late 1950s.

The mission of the Norwegian Sociological Association

Student membership and ordinary membership are the two categories of membership that the NSA Board provides. NSA offers services to both sociology graduates and subject enthusiasts.

The National Assembly of the NSA, which convenes yearly, is where power is vested. The National Board, composed of the President and delegates from local branches, is chosen by the assembly. The daily management of the organization, including holding the annual symposium, is the responsibility of the NSA Executive Committee. 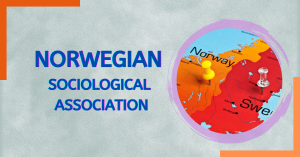 Publications/Journals/Websites of the Norwegian Sociological Association

The NSA maintains an open website that acts as a forum for discussion, professional reflection, and assistance with social research.

On the website, sociologists have contributed papers on sociological theory and methodology, teaching strategies that strongly emphasize contemporary curricula, analyses of social challenges, and the progress of sociology in the professional world.

The best journal of sociology in Norway is called Norsk Sosiologisk Tidsskrift, and NSA produces it in collaboration with the sociology departments at several institutions and the publisher, The Norwegian University Press. The magazine, which has six issues yearly, began publishing in February 2017.

The primary objective of this open access, peer-reviewed publication, is to provide information exchange to Norwegian sociology in Norwegian, although it also welcomes articles in Danish, Swedish, or English. The magazine plays a significant role in publishing works that strongly connect to contemporary Nordic issues.

Norway led the Nordic association from 2018 to 2020 as part of a rotation among the member nations. The biennial conference for Nordic sociologists is one of the Nordic Association’s primary projects.