The Council of Scientific Societies of the Czech Republic provides funding for CSA’s initiatives.

The Institute of Sociology of the Czech Academy of Sciences has been publishing the journal Sociologicky casopis in Czech since 1965. The journal’s English version debuted in 1991. The two language editions were combined in 2002 to create Sociologick asopis/Czech Sociological Review, which now publishes four issues yearly in Czech and two in English. Czech Sociological Review is accessible now in both print and online format.

Czech Sociological Review is the premier journal, backed by an international editorial board and accessible to academicians worldwide. It accepts articles that showcase new research on Central and Eastern European societies and more comprehensive comparative analyses of the social and political trends affecting the area. 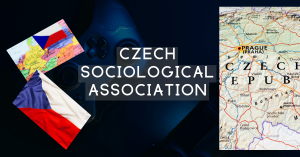 CSA supports young researchers and students by providing the following categories of awards.

The board organized the CSA’s biennial conference in collaboration with Masaryk University’s Faculty of Social Studies.