The Vietnam Sociological Association, established in 2003 by the Minister of Science and Technology, was restructured in 2006.

The mission of the Vietnam Sociological Association

The Vietnam Sociological Association is a non-profit association of Vietnamese social science institutions and individuals who have been doing academic research, imparting sociology education, and using sociology abroad. The mission of the VSA is to unify members, defend members’ lawful rights and interests, and aid one another in completing tasks that contribute to the growth and development of Vietnam’s sociology. 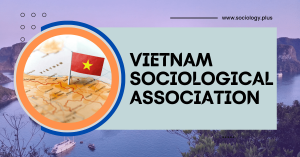 In 2006, Hanoi hosted the First Congress of Vietnamese Sociology.

Legal entities and individuals from Vietnam who work in sociology and are involved in sociology education, research, management, training, dissemination, and application are welcome to join VSA.

Honorary or associate members of VSA

Vietnamese individuals and organizations that have aided the association’s expansion but are not qualified to join as official members may be allowed to join as associate members.

On a national level, the Vietnam Sociological Society organized the Workshop “Role of Society” Sociology in the Social Development of our Country Today” on May 26, 2012, in cooperation with the Social Society Branch of the University of Social Sciences and Humanities, Vietnam National University, Hanoi.

VSA is a member of the International Sociological Association

On April 8, 2017, the Vietnam Sociological Association held its National Congress of Delegates for term III (2017–2022). Congress chose an Executive Committee of 27 people who represented branches around the nation.

The workshop on “Social Responsibility of Citizens in Response and Overcoming Covid-19 Pandemic in Our Country: Practices and Lessons” was organised by VSA in January 2022.