The Japan Sociological Society is a national association of sociologists established in 1924 to promote the discipline of sociology in Japan.

The Japan Sociological Society, abbreviated JSS, is a national association of sociologists established in 1924 to promote the discipline of sociology in Japan.

This award aims to financially assist up to six sociologists from different countries who will attend and deliver papers at the JSS annual conference in Japan. Each chosen international scholar will get substantial money to cover housing costs and travel expenses. 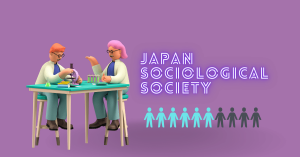 Since 1950, JSS has published the Japanese Sociological Review quarterly.

Since 1992, JSS has published the International Journal of Japanese Sociology as an English-language journal once a year.

Since its founding in 1949, JSS has played a significant role in the International Sociological Association. In the 1950s, as part of its worldwide research collaborations, JSS and ISA collaborated on a study on social class and social mobility.

With more than 3,600 members, JSS conducts academic activities, including planning conferences and publishing periodicals. The JSS Board chooses membership approval. The membership cost varies per nation, and students are given discounted prices.

Since the inaugural annual conference in 1925, JSS has held an academic meeting every year, except for a few times, including during the Second World War era.

Developing a certification program for social researchers is a significant result of JSS operations. The program’s goal is to manage the research and institutionalize the need for this profession. In 1991, JSS began debating the need for certification of sociology credentials. In November 2003, JSS launched the Japanese Association for Social Research in partnership with The Japan Society of Educational Sociology and The Behaviormetric Society of Japan.