Flemish Sociological Association and Belgian Francophone Association of Sociology and Anthropology were formed in 1975.

Belgium is a European country with a population of 11.4 million divided into the Flemish Region, the Walloon Region, and the Capital Region of Brussels. Sociology is a highly active discipline in various universities in Belgium. A Belgian Society for Sociology, also known as Société Belge de Sociologie, has existed since 1899 and was re-established in 1950. However, the demographic and linguistic differences resulted in the formation of two different sociological associations. The Belgian Francophone Association of Sociology and Anthropology/Association des Sociologues Belges de Langue Française (ASBLF) and the Flemish Sociological Association/Vereniging Voor Sociologie (VVS) were formed in 1975 as a French-speaking and Dutch-speaking organization, respectively.

The Société Belge de Sociologie was meant to serve as a national umbrella organization that could also handle international relations; however, it was only around for a few years before it vanished. In Belgium, there has been no national forum, a national organization, or national publication for sociology since the late 1970s. The difference is drawn solely based on linguistic correlation. 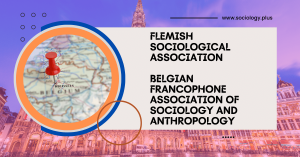 The Association des Sociologues Belges de Langue Française ceased to exist in the 1990s. However, a new group of French-speaking Belgian sociologists and anthropologists, the Association Belge Francophone de Sociologie et Anthropologie, was founded in 2009 and held its first conference at the end of 2016.

The Association belge francophone de sociologie et d’anthropologie is a non-profit organization based at the University Foundation in Brussels that was founded in 2009.

ABFSA aims to promote sociology and anthropology, as well as the social sciences in general, in terms of scientific, instructional, and professional growth and impact.

There are two payment options for membership in ABFSA. The student community is eligible for discounted rates and a regular subscription for others.

Civilizations – International Journal of Anthropology and Human Sciences/Civilisations – Revue internationale d’anthropologie et de sciences humaines is a peer-reviewed anthropology journal published in French and English. ABFSA members are actively involved in the publication of articles in this journal.

Journal of the Institute of Sociology/ Revue de l’Institut de sociologie founded in 1902 by Ernest Solvay is a French journal with an international-level editorial board that brings together articles and research areas from various social science disciplines.

Anyone with a bachelor’s degree in sociology or an equivalent degree can join the Flemish Sociological Association. Sociology Magazine free download is available for members of VVS.

In 1979, VVS launched a new academic journal, Tijdschrift Voor Sociologie, also known as Journal for Sociology, in which sociologists from all prominent Flemish universities took part. Its publication ended in 2013 as it had many subscription issues.

The Flemish Sociological Association (VVS) launched a new Dutch-language publication, Sociologos, in 2014; however, it is mainly aimed at younger academicians. It is a quarterly academic journal published by the VVS in partnership with the ACCO publishing firm.

Sociology/ Sociologie Magazine is a four-times-a-year publication that popularises articles written by sociologists in Belgium.