In 1962, the Asociacion Colombiana de Sociologa, generally known as the Colombian Sociological Association or ACS, formed in Bogota.

On April 11, 1962, the Asociacion Colombiana de Sociologa, generally known as the Colombian Sociological Association or ACS, formed in Bogota.

ACS has undergone four stages since its inception.

The first stage, led by Orlando Fals Borda and Camilo Torres Restrepo, aimed at the promotion and organization of discipline through international collaborations and congresses.

The second stage saw the systematic organization of national-level congresses and book publications along with evaluation and consolidation of discipline.

ACS conducted only one national-level congress in 2006 National University of Colombia, Bogota, during the crisis period between 1998-2018. All universities that offered sociology discipline in Bogota offered support for the 2006 national conference. However, after that, complete inactivity overshadowed the organization in the period between 2007-2018. 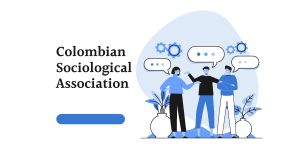 Red Colombiana de Facultades y Departamentos de Sociología which is also known as RECFADES made the decision to reactivate the ACS in 2018. Santo Tomás University convened the reactivation assembly of the ACS in July 26, 2019 in Bogota.

ACS meeting outcome includes approval of statutes reformation, selection directives, and three presidents’ committees directly monitoring. The aftermath of the ACS meeting in Bogota is the 13th National Congress of Sociology, organized in 2020.

Along with individual and organizational membership, the four associate members of ACS are formal, emeritus, institutional, and participatory.

ACS organized the latest 13th Congress in Bogota in 2020 December.

The consolidation stage saw the publication of journals by ACS, which was later discontinued. Currently, sociologists in Colombia contribute to other social science journals via international-level journals and periodicals.