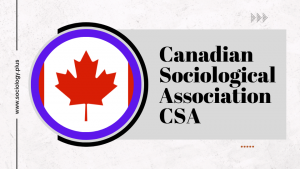 The Canadian Journal of Sociology offers sociologists and social scientists research data on Canadian society and the global community. The University of Alberta in Edmonton, Alberta, hosts the journal.

Congress of the Humanities and Social Sciences

Congress of the Humanities and Social Sciences is Canada’s most extensive assembly of academics and one of the largest in the world. CSA is an active participant in the convention.

The membership period lasts between 1-2 years from the date of application or renewal and payment. Individual membership is the only option available, and no group membership is open. Membership amount varies on a case-to-case basis.

The conference is held annually by CSA. The conference’s objective is for members to meet and debate academic, scientific, pedagogical, and administrative topics.