Association for Friends of Sociology Moroccan Sociology Network is Morocco’s officially recognized national sociological organization. In 2016, AFSMN was established and enrolled in ISA. Sociology and the social sciences, in general, were introduced to the region from Turkey to Morocco during the colonial era via the transmission of European concepts and techniques. The Maghreb area of North Africa’s Kingdom of Morocco and sociology conflict with one another in the previous century. Only in the last ten years has Moroccan sociology seen a revival.

Activities of Association for Friends of Sociology Moroccan Sociology Network 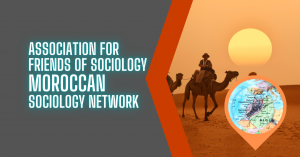 The ease with which Morocco was colonized was greatly influenced by sociology. France attempted to exert control over Moroccan tribes and cities by using its experience as a colonial power in Algeria. French sociologists studied the functioning of traditional institutions, intending to convert them into institutions that would serve the French suzerainty and ensure their compliance.

After World War II, Robert Montagne, an innovative colonial sociologist in Morocco, undertook the first sociological study of relocation from the countryside in response to internal migration. The main goal of the research was to comprehend the new social class created by colonial industrialization and modernization with a single, apparent ideological plan: how to turn this new social force into a colonialism ally and leverage it in conflict with emancipation aspirations.

After independence, Moroccan authorities adopted a critical position and outlawed the discipline from colleges in 1970. Before independence, the field of sociology in Morocco had only been the province of colonialists.

Moroccan sociologists have improved African societies via their work as International Sociological Association members and contributors to the field of sociology.

Studies of Westermarck about Moroccan society

To link Moroccans and Finns, Westermarck attempted to do so, and his research is regarded as necessary in Moroccan sociology.