Lucio Mendieta played a vital role in the establishment of the Mexican Sociological Society and the institutionalization of the discipline.

Under the guidance of UNESCO International Sociological Association and International Association of Political Science debuted in 1949. UNESCO and ISA recommended the creation of social science associations in countries where it has not previously existed. The head of the Institute of Social Research, Dr. Lucio Mendieta Nunez, attended the ISA meeting as a guest and later planned the First Congress of National Sociology in Mexico. The Mexican Sociological Society debuted due to the congress that UNAM, the National Autonomous University of Mexico, sponsored.

Sociedad Mexicana de Sociología, with the acronym SMS, is the Spanish name of the Mexican Sociological Society. The institutional development of Mexican sociology throughout the 20th century may be attributed to Lucio Mendieta. His research into Mexican rural sociology established the groundwork for future sociological studies of Mexican society.

SMS is a non-partisan, non-profit organization established following Mexican laws and regulations. To promote social research data more accessible for the academic and professional life of the social sciences, SMS aims to support interaction among delegates of the sociological society and other outside institutions and organizations.

SMS seeks to advance the professionalism, education, and diffusion of sociological knowledge in Mexican society. It brings together experts and sociologists interested in creating networks for collaboration and information sharing. 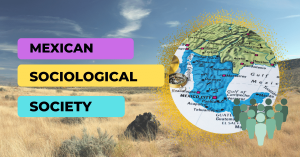 The oldest monthly publication in the social sciences in Mexico and Latin America is the Revista Mexicana de Sociologia, which started publication in 1939.

The UNAM Social Research Institute has been publishing a magazine since its beginnings, and this publication has helped to produce both theoretical and empirical sociological work in Spanish.

This journal receives consistent contributions from SMS members. The RMS publication is well known nationally and worldwide for its impressive record of disseminating the most exemplary scholarly and multidisciplinary research in humanities and social sciences.

The SMS routinely hosts congresses and forums where social research findings are discussed, and the objectives of sociology are examined.