History of the Spanish Federation of Sociology (FES)

The Spanish Federation of Sociology started in 1979 as the successor to the Federation of Sociology Associations of the Spanish State by the collaboration of Andalusian, Aragonese, Basque, Castilian, Catalan, and Valencian associations. Spanish sociologists’ national organization, Federacion Espanola de Sociologia, also called FES, made its debut in Madrid and started functioning. 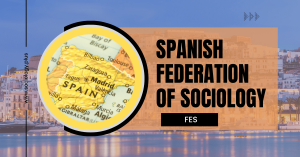 International collaborations of the Spanish Federation of Sociology

More than 3,000 sociologists and sociology enthusiasts are members of the FES, the scientific organization of Spanish sociology. After an application, the FES administrative division approves individual and collective membership.

The FES’s administrative body comprises the federal assembly, executive committee, and council. The apex and sovereign body of the Federation are the Federal Assembly of the FES.

Three issues of The Journal of Sociology of Education are released each year, and it began publishing in electronic form in 2008. It is affiliated with the Sociology Committee of Education, and members of FES contribute to this periodical. It is a multilingual publication that welcomes Portuguese, Spanish, and English submissions. The linguistic diversity of the journal shows the worldwide reach of the research articles published in RASE. The interrelationship between education and society is the subject of theoretical and empirical research published in the Journal of Sociology of Education.

This magazine disseminates sociology-related research findings, and articles, about contemporary social issues. The Collection started publishing in 2020, is part of high-quality sociological publications of FES, and raises the prominence and transmission of Spanish sociology.

The Spanish Journal of Sociology, usually known as RES, was launched in 2001 as the official journal of FES. FES publishes scientific articles using a method of double-blind peer review. The scope of the RES encompasses scholastic issues of crucial significance in the sociological study of the contemporary social structures and institutions that comprise social reality. The RES emphasizes comparative analyses of issues affecting the societies of Spanish provinces, South American nations, and southern European nations.