General Prerequisites for the Foundation of Social Science

When Durkheim was a pupil at the Ecole Normale, there was not a single chair in sociology anywhere in France. In his work, Durkheim was explicitly interested in defining sociology’s nature and boundaries. Because social sciences looked at how people interact with one another, natural sciences were, in Durkheim’s eyes, a separate category from social sciences. On the other hand, the procedure used in the natural sciences may also be utilized in the social sciences. He was interested in analyzing the characteristics that set sociology apart as a social science from other disciplines like philosophy and psychology. The philosophical inquiry focuses on ideas and concepts, while the direction of the scientific inquiry is on actual reality. The origin of all scientific disciplines may be traced back to philosophy. 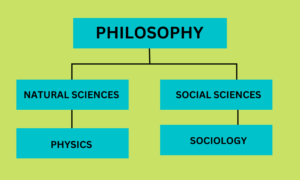 In his book Montesquieu and Rousseau, published in 1892, Durkheim outlined the basic requirements that must be fulfilled to build a social science. These conditions, which also apply to sociology, may be found in the book.

A.  He mentioned that scientific knowledge and human thought are not identical and emphasized this point. Science is unable to provide answers to all of the questions that the intellect may conceive. Anything can be the focus of a philosopher or an artist without really being the subject matter of any scientific study. Therefore, the scope of scientific inquiry is limited to a particular topic area rather than the whole amount of human knowledge.

B . The scientific community must agree on a specific research topic. Things, or objective realities, are the focus of scientific inquiry. Therefore, there must be a particular subject matter for such a thing as social science. According to Durkheim, philosophers have always been aware of “things” like as laws, traditions, religion, and so on; yet, the validity of these “things” was, to a considerable extent, dissolved due to the philosophers’ emphasis on dealing with them as expressions of human will. Instead of focusing on external data sources, the inquiry focused on people’s internal will. Consequently, taking things in this world at their face value is essential.

C.  The scientific method does not focus on describing people but rather categories or groups of subject matter. Researchers can use that information to develop general laws and find behavioral patterns if human cultures can be categorized.

D.  Social science, which categorizes the different human cultures, depicts the usual form of social life in each kind of society because it characterizes the type itself; everything that corresponds to the type is normal, and anything normal is healthy.

Regarding the concept that every aspect of society should be reduced to human choice, Durkheim was a staunch opponent of this position held by particular academics. He notes that human will and volition categories belong to psychology, not social science. For such a thing as social science, it is necessary to presume that societies have a particular character, which is the product of the nature and arrangement of the components that make them up.

G. In conclusion, social scientists need a methodology to identify the patterns, categories, and norms that exist inside societies. The same scientific procedures used in the study of natural phenomena may also be used to study social phenomena.

The essential standards for social science and the distinguishing characteristics of the discipline he dubbed “sociology” were laid forth by Durkheim at the outset of his first piece of published work.