Comparisons among Different Societies at a Point in Time

The second kind of research involves looking at the information collected from various European nations. To illustrate his point, Durkheim used the examples of Germany as a Protestant nation and Spain as a Catholic one.

To illustrate his point, Durkheim used the examples of Germany as a Protestant nation and Spain as a Catholic one. According to his findings, the rate of suicide was much higher in Germany than in Spain; this gave rise to the hypothesis that more Protestants than Catholics commit suicide. The Jews descended to an even lower level.

In his research, Durkheim looked at differences in not just one but two different phenomena: A. suicide rates and B.  religions. Alterations or shifts in the first variable are always followed by corresponding changes in the second variable. That is, they shift or shift together as a unit. This phenomenon is called concomitant variation, meaning that variation and change happen simultaneously.

The comparative technique investigates to see

A.  what are the phenomenon’s variations?
B. In addition to the variants being looked at, what additional variations are there?

This indicates that the comparative technique investigates the studied phenomena to identify any potential causes behind them. This approach may be subject to a few complications at times. More than two things may shift at once. Either a graphic or a statement may be used to express this idea. 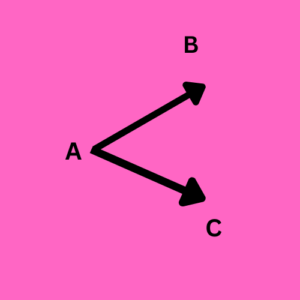 The change in A leads to a change in B and C. It may even lead to D and E. Then how can A be related to B? When the arrows are reversed, it is evident. Suppose B can lead to A, and C can also lead to A.

Then this situation arises. 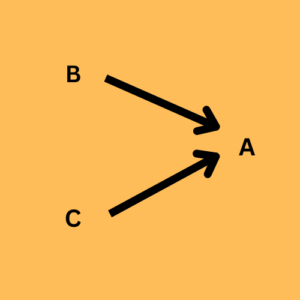 Is it possible to label A a consequence of either B or C at this point? The following is an illustration of what Durkheim meant: 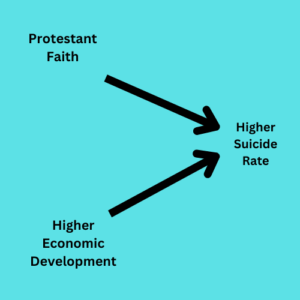 Durkheim made an effort to find a solution. So, he only used one nation so that the issue of whether or not there was a difference in the degree of economic development was avoided. The study was then set up as follows:

It is possible to argue, based on this design, that differences in the suicide rate accompany differences in religious beliefs; that is to say, the two vary together. This is an example of concomitant variation. Even if there is no change in the amount of economic progress, this statement is still accurate. Suppose all of these other elements are held to the same standard or kept under control. In that case, it is possible to conclude that various religious beliefs affect the varying rates of social suicide.