The first Bulgarian Scientific Sociological Association was established in 1931, and it produced sociology literature and had discussions until 1939 when it ceased to exist.

The BSA held the Seventh World Congress of Sociology in September 1970 in Varna, Bulgaria, at the very time of its inception.

Commitment to Bulgarian polity and society

As a professional organization of sociologists, the BAS is devoted to compiling a collection of publicly accessible data on Bulgarian agencies that publish opinion poll findings.

The BAS Code of Ethics, enacted in 2004, establishes guidelines for disseminating research findings in the media.

BAS is an active participant in the European Social Survey. 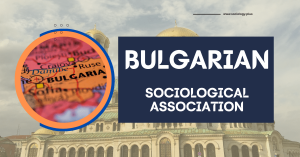 BAS became a collective member of the International Sociological Association in 1959 at the Fourth World Congress of Sociology.

BAS is associated with the following institutions

On November 17-19, 1969, the BSA convened its first constituent congress. Every three years, the organization hosts a congress.

BAS members include academicians, public and private sector specialists, and doctoral and graduate students engaged in sociology and social issues.